Recovering from fibromyalgia does not happen overnight.

By the time I started working with Dr. Cynthia Champion-Olson in early 2007, I was so sick with fibromyalgia I had prayed many times that God would take me home. I was spending much of my time in bed. Still I forced myself to function because I didn't look sick.

I didn't want people to think these fibromyalgia symptoms were all in my head. This is a common assumption by many people, even some doctors. I continued as a patient of Dr. Olson. My fibromyalgia often flared up more before I began to see steady signs of improvement.

This is typical because people often experience what many call a healing crisis. I prefer to call it a healing opportunity. There are frequently a series of these reactions as the body works to return to a new version of normal.

I had to quit voice lessons in the summer of 2007 because I was in too much pain to practice.

My muscles were so tight in my entire back, down my sides, & around my ribs & diaphragm that on many days it hurt to take anything more than a very shallow breath. That had actually begun in 2004, but by 2007, it was almost unbearable most days.

I was losing my vocal range fast because the good days I could stand to practice were so few & far between. I wasn't able to resume lessons again until the summer of 2010.

Even as I started to feel better, I had to work hard to regain at least some of what I had lost before I went back to taking voice lessons again.

I feel so very blessed to be singing once more even though I still have a lot of work to do. What a precious gift to be able to sing God's praises! There was a time when I feared I would never do so freely again!

There were times when I came home from church & cried, as I wondered if I would ever again be able to enjoy singing the congregational hymns. What a difference now!

How did I get this far? God chose to open doors for me. When He did, I made up my mind I was going to do everything within my power to get well.

I was sick & tired of being sick & tired! I decided that with God's grace, the prayers & support of my friends, & the help of Dr. Olson & other gifted professionals along the way, I was going to get better or die trying. It hasn't been easy, & we're still working on some issues.

I completely changed my diet. I cut out artificial sweeteners & greatly reduced my intake of sugar, wheat, & most processed foods.

I underwent testing to determine my delayed reactions to foods & chemicals to which I was sensitive.

I went on a special diet to eliminate around a hundred of these items. I have become a total health nut, but I feel so much better!

My first request of Dr. Olson was to help me get off of the antidepressants. I had started taking them when I was 19.

By the time I started working with Dr. Olson, I was on 2 antidepressants, & I was only 30 years old. I took my last dose in October, 2007, after having taken them for 12 years. To God be the glory!

I don't say this to condemn anyone who is taking medication. In my case, I no longer needed medication. I know the meds were contributing to some of my fatigue & memory issues & weight gain.

I've lost over 60 pounds since 2007 due to lifestyle changes. That has contributed to the improvement of my fibromyalgia because fat is inflammatory.

The body is in more pain carrying excess weight. Due to my family history, it was only a matter of time before I became a diabetic if I didn't lose the weight.

Exercising regularly & drinking plenty of filtered water are now a part of daily routine. Testing revealed that I had a moderate sensitivity to fluoride, which is not the harmless substance many believe it to be.

The pH of the body is another factor to consider. Most of us are too acidic, which contributes to health problems like more pain, inability to properly absorb nutrients, etc.

Numerous supplements have been beneficial for pain & inflammation, & adrenal support, as well as probiotics & digestive enzymes because gut health is so important. I have also used Transfer Factor, an immune system modulator, to support my immune system.

I began taking a quality daily multivitamin designed for people with fibromyalgia. Tests revealed that my iodine & vitamin D levels were extremely low, so raising both was a priority.

I've also spent time practicing deep breathing, listening to soothing music with uplifting messages, & getting plenty of rest. I have benefited from regular use of a far infrared sauna, which helps to detox the body & relieve pain. Massage, chiropractic care, & acupuncture are other treatments I’ve undergone.

At Dr. Olson’s recommendation, I purchased a Q-link that I wear around my neck to protect me from electromagnetic fields (EMFs). I went through a noticeable emotional detox for the first several days of wearing the Q-link. All I wanted to do was cry.

In addition, I try to remember to use my blue tube headset or the speaker when I talk on my cordless phone so I don't have the phone up to my head.

Although I haven't noticed that I'm greatly affected by the EMFs, it makes sense that they impact all of us, whether we are aware of it or not.

I've been using Emotional Freedom Technique (EFT) under the direction of Susan Tracy McDaniel since February, 2011. Presently, I am studying with Susan to become certified as a Christian EFT practitioner.

The supplement I added most recently is lithium orotate.  Some people with fibromyalgia find that the frequency and severity of their flare-ups is reduced with the use of lithium orotate. Lithium orotate modulates levels of epinephrine, norepinephrine, cortisol, dopamine, and serotonin. I began taking lithium orotate in April and started noticing a difference in June. I am not pain-free, but it has helped.

You can learn more about lithium orotate by visiting Dr. Mark Millar's website.

I began working out at the gym in March, 2014.  Strength training is vital, too! (See pictures of calf raises and rowing exercises to the right, taken by my trainer Keith Daugherty.)

There hasn't been 1 simple answer for me! No matter what health challenges you face, there is almost certainly something you can do to improve your situation if you are willing. There is hope!

Disclaimer: No information and/or specific products mentioned by me or anyone else on this site is intended to prevent, diagnose, treat, or cure any disease. This information is presented for educational purposes only and is not intended to replace consultation with your own healthcare provider. By using the information on this website, you agree to take personal responsibility for your own decisions regarding your personal health and well-being on all levels: physical, mental, emotional, and spiritual. This means you promise that Mindy Hartman, Out of Sight Ministries, and its board of directors, and any guests who contribute to this site shall be held totally harmless should any illness, injury, or other problems arise from your use or misuse of this information. 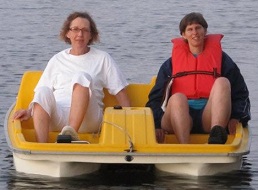 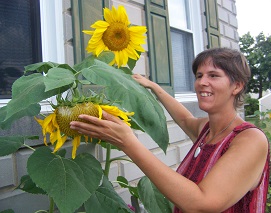 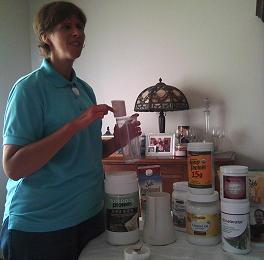 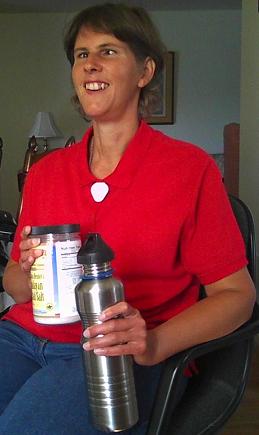 Our bodies need plenty of
water & some
unrefined salt. (above)
Multitasking (below) 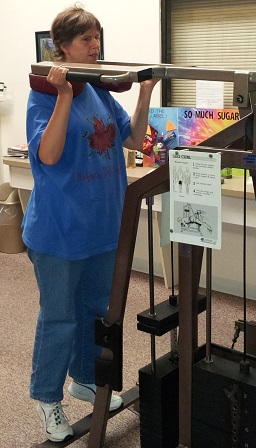 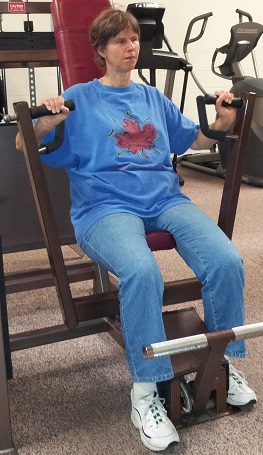 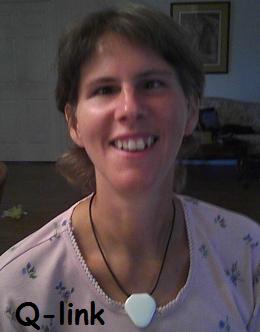